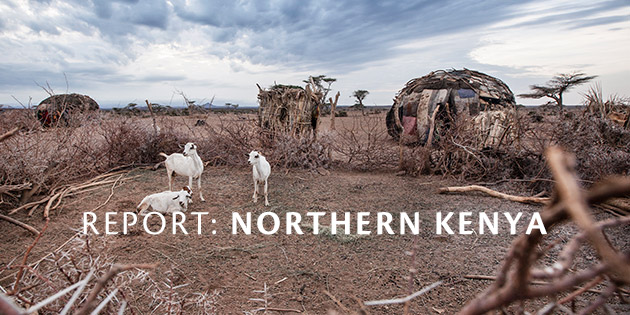 Year, 2015, as one of our Kenyan media dailies termed it. But we enter 2016, drawing breath from that Biblical promise: Blessed is he who trusts in the LORD and whose hope the Lord is! We are glad that so many of you liked our last email update of December stories. Some of you are now beginning to see us Baalah Christians as a team. Not so much just we two Directors of Outreach as we’ve always been, but our Bible Presbyterian Youth are rising to team up with us and the Baalah pastors. We pray this germinating seedling to continue to show great promise for the future.

To him who has shall more be given…

Peter Lkayo has been in the North about two weeks, settling some new year affairs with Education Offices and paying our personal County registration fees (which we never knew existed), getting our 2017 grade 8 class down to Isiolo for Kenyan birth-certificates, medical tests, and registrations for their KCPE National Exams next November; then to get his own children into school for this first term of a new academic year in Kenya. He tells of his being with the Baalah Church on Sunday, January 10th. With the Church, the secondaries were all there too on their final Sunday before returning to their boarding schools for the new term. Peter preached on Jesus’ bearing His cross; how Simon of Cyrene helped Him bear it, how we have to bear His cross in our Christian life. Part of that cross-bearing is to be targeted with bad names and allegations as He was targeted, but we are to live to please Him, not live to please man. Being born again, our names are written in the Lamb’s Book of Life, knowing He prepares mansions for us in heaven. We live separated from the world, separated unto Jesus: “You don’t see yourself as such and such a clan; you are all One in Jesus!” They loved it. He saw a beautiful unifying spirit among them. The next time he was on the phone, he said, “What I saw that day in the spirit among Baalah Church, I will never again say ‘I can’t take the heat or this stress any more, I’m giving up, and I’ve done enough.” Then he told the church how the Kenya Government has removed his name from their “Terrorist” list of “people with advanced interests,” “those with contacts with other institutions,” (i.e. contacts with other governments?)Whatever, wonderful that they found it all untrue, all charges dropped. Such news added to the joy of being a Christian under the Cross, those who have their names listed in the Lamb’s Book of Life, even if an ill-wisher tries to put your name on a terrorist list!

I remember a couple months ago, NIS (National Intelligence) called for Peter’s phone, and when he got it back, it was completely destroyed internally, no use at all. It was an expensive smart phone which some of us had clubbed together for him to put to use his Psalms translations for ready access when checking with others the best Rendille words to use. Address lists, pictures, downloads, everything gone, impossible to fix; Samsung told him that degree of destruction could be done only by NIS. When he went to complain to NIS, they shrugged and said, “Just routine.” But now we know why NIS went to the core of the phone: they found nothing. Well, that good investigation was worth a lost phone for it was one factor in the Government restoration to him of his Certificate of Good Conduct which Government issues to good citizens without criminal record, as well as his passport, and notification of his clearance sent around to all Government Ministries.

We are now laboring to raise the school dining hall. For several years Government has demanded we build a dining hall to save the children from wind-borne diseases, because they eat school lunch outdoors. They say, “By delaying so, you show utter lack of concern for the children’s well-being! And if you can’t build it, Government can take the school and do it.” The hall is to be attached to the new kitchen which a charity (IIRR) is building now at Baalah School. Last quarterly letter you saw a picture of one of the two IIRR huge new cookers; each one can cook for 500 children, and a third smaller cooker. They are in process of building a new “modern” kitchen around the new cookers before demolishing the old kitchen, and the new kitchen will be attached to the new dining hall with a pass-through for serving food. An individual donor has paid for the foundation and slab of the new hall; it is completed and covered with burlap or tarpaulin to protect from the hot sun. That cost US$8,800.00. Done! Finished! Next stage is the walls leaving spaces for windows and doors. Walls only, including cement, transport, and labor will cost $9,600.00. If those walls remain free-standing too long, they will develop cracking under the roiling Northern sun. So the third stage is the roof. IIRR will pay for the part of the roof which covers the new kitchen. Who will pay for the dining hall roof? One step at a time! I am just laying it before you, maybe a church can help us with half the walls, half the roof, or any fraction thereof? May the Lord help you to know and enable.

Now for a couple of inter-faith encounters: What do you think of this to start a Muslim friend thinking? Peter’s age-mates among his Muslim friends have said to him, “You know, Lkayo, you would make a good Muslim, you like people, you’re easy with them, and you have a mouth, you know how to talk, you could speak well for the Faith if you were a Muslim. And Peter replies, No, No, I could never be a good Muslim. First of all, I don’t know Allah’s language Arabic, so I don’t know what He wants of me. Nor could I understand the prayers offered up in mosque. Secondly, I need a God to be close to and God close to me; how can I tell him my needs when He doesn’t know my language Rendille? And third, I really don’t want to go to Paradise with all those virgins; I am a moral person, and that would be immorality, and I don’t want to get AIDS, I want to go to heaven. And then, too, you know, I’m not a violent person, and I cannot kill someone, so if Allah commands such a thing, you see I couldn’t do it…” Peter says, the conversation which starts in a joking way to begin with goes on like that … and except for a protest to his take on paradise, they end up on a good laugh. But one time there was a Muslim who overheard it and said to him, You are a dangerous person, dangerous talking like that to a Muslim (and he was right). But I would guess those Muslim youth when alone would discuss Peter’s answers among themselves. And who knows? Even that one who overheard might have started to think too.

A month ago ISIS terrorists stopped a public bus in Northern Kenya near Mandera, on the Ethiopian border. Mandera was where in November 2014, ISIS ruthlessly killed twenty-nine non-Muslims in a busload of passengers, many of them school teachers, some of them Christians, and later led a massacre at a quarry where all non-Muslims were shot and killed. But this time, a month ago, the Muslim passengers on the bus put the Christians between them, covered them with lessos (wrap-arounds), and told the terrorists, “No way, don’t try to separate us, no killing of Christians here, we Muslims are protecting them, so you have to kill us all, no distinction!” It was a brave deed, and the stupefied gunmen left without a shot. The papers were full of the story and pictures, for the deed was setting a new tone, showing a new way for the North. Praise was showered from every side upon those brave Muslims. Let us pray it will help restore to the North the former tolerance, the old live-and-let-live spirit that existed there before Radicalism made its way. Peter says, and we hear other Northerners now reminiscing of the old tolerance when they did business together, greeted each other as neighbors, joked, talked politics, could even discuss matters of their faiths. That has all but disappeared; may God restore it by similar acts as this one, and from both sides when possible. “If it be possible, as much as lies in you, live peaceably with all men,” wrote Paul to the Romans.

Ever in the Prince of Peace,
– Judith

IMPORTANT UPDATE: The Kenya Government is seeking to do a vetting of churches to weed out both untrained pastors and rogue pastors who claim miracles on the spot, who practice many questionable and unbiblical practices, pushing people to fall flat, other bodily abuse, begging “seed-money” by money transfer, sometimes cultic mind-control, and so on. We think this is a good thing though it is vociferously opposed by the charismatics. We ask you to pray that sanity, common sense, and Biblical principles will provide standards used by those who do the vetting. We, as Bible Presbyterian, have nothing to fear, but we are praying that jealousy will not become a factor as one church seeks to destroy another. One specific example we know of is that the Roman Catholic Church wants the Reform Catholic Church led by married priests exiled from Kenya.