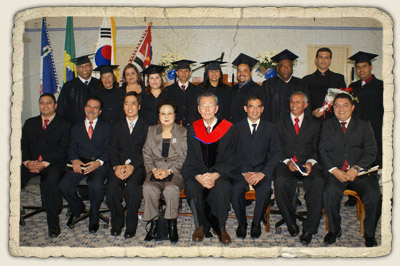 Rev. Woo Sun Kim and his wife Sook Ja Shin, were appointed to serve in Brazil in 1995. The Kims had immigrated to Brazil in 1972 where he was in business for 13 years. In 1985 they moved to New York City, where he felt the call to the ministry and was ordained in 1993. Rev. Kim is currently the interim pastor of the Bethesda Presbyterian Korean Church in São Paulo, and is president of Limeira Seminary. Rev. Kim also teaches at this and another seminary, as well as overseeing the fund raising for the construction of churches for seminary graduates. Bethesda Nursery was established as an outreach to orphan children.