Serving The Lord in The Andes Mission

“Thou hast made the earth to tremble: thou hast broken it: heal the breaches thereof, for it shaketh.” Psalm 60:2 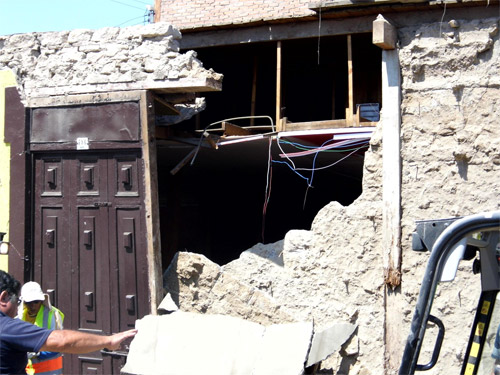 Recently all the north of Chile and parts of Peru and Bolivia shook with a strong 8.2 earthquake. The next day another 7.6 aftershock occurred. Actually, for several weeks before the big quake we had felt smaller tremors almost every day. We look forward to the day that the Lord will heal the “breaches” of the earth that have come as a result of the “breach” made by sin.

We are thankful that in God’s providence we were all together as a family when the quake occurred at 8:40 PM on April 1st. Immediately the power went out. We evacuated, along with everyone else in our neighborhood, as we are in the risk zone for tsunamis. We walked about 20 minutes to the safe zone and stayed with the Ayala family from our church, that lives up on a high hill from which you can see most of the city. We stayed there (with several others) until about 4:30 a.m., when we felt it was safe to return to our home. Back at the house, we were without electricity until we came home from prayer meeting. It had been out nearly 24 hours. A few hours later everything began to shake again! It was strong, but not as long as the night before, but once again we had to evacuate and the Ayala family graciously received us. We returned home about 2:00 a.m. as the tsunami alert was lifted. It probably goes without saying that no one slept much those nights! 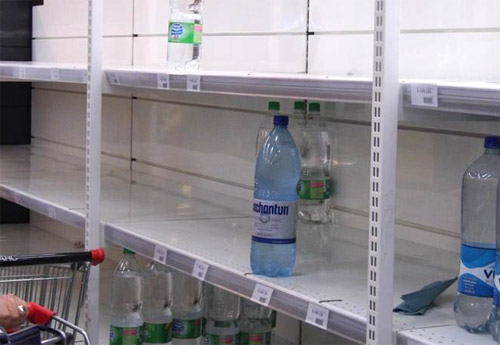 The following day we were again without electricity for about 10 hours and there were also many rumors going around that all the water would be cut off, perhaps for two days, so there were runs on the grocery stores to buy water. There was also a very convincing rumor going around that a bigger quake was being forecast for that night. The majority of people from our neighborhood packed up and went to stay with family members in safe zones or to camp out on the hills. Neither rumor came to pass, but there was a lot of fear. That day in our Ladies’ Bible Study we had three attend, in comparison with 19 the week before! Schools were also cancelled for nearly a week. Smaller tremors still continued and people were still very nervous. Some did not return to their homes for days and just camped out in the hills. Towns to the south of us (Iquique, Alto Hospicio, Huara and Cuya) were hit even harder. There were six deaths there. Here in Arica there were none. In fact we were just amazed that for such a strong quake no one in our church had any damage to their houses or families! Most of the damage here in Arica occurred in businesses in town or in older houses made of adobe bricks. In Pastor Jonathan’s church two families that live closer to downtown suffered some structural damage to their front walls. Please pray that the Lord would work in the hearts of people that now are somewhat more receptive to His Word. Also pray the Lord would calm the hearts of believers that they would not be fearful. We THANK the Lord for his care and protection through all that happened and for the many who wrote us and prayed for us.

We also thank the Lord for answered prayer on behalf of our son, Jeremy. Many were praying for him after his name appeared on the Chilean draft list for military service. The day he had to appear, he simply verified that he had a letter of excuse (from Bob Jones University) and then had to sign a list to acknowledge that he was not planning to do military service. It was much easier than we thought it was going to be. We are so gratified as Jeremy is planning on attending BJU this fall, that the Lord will provide and work everything out. He still has a few high school courses to finish so your prayers would be appreciated. We will greatly miss him when he goes to the U.S.

Now that summer has ended here, the men’s and ladies’ Bible Studies have begun again. We trust these ministries will bring new ones to the Lord. Also, interest was expressed in restarting the Friday night Bible Club at church, so we plan that it will happen at the end of this month. In July we are preparing, Lord willing, to have a Bible Conference and perhaps a children’s outreach. We want to take advantage of winter vacation and also ones that will be coming to visit and help us at that time. Pray that God would bless these activities and that He would be glorified in them.

Another matter for prayer is for our daughter Becky as she finishes up her junior year at BJU the first week of May. On May 27th she will be leaving for a nine-week mission trip to Europe with the Musical Mission Team (pictured on left) from BJU. It is the same team Melody traveled on 23 years ago! They will have meetings in France, Germany, Switzerland and Austria. Since Becky’s minor is in French, she is especially looking forward to going to France. I know she would greatly appreciate your prayers for good health, safety in travel, good ministry opportunities and personal spiritual growth. Also please pray that she will get the rest of the support that she lacks. We are so thankful that she has over half the required amount. If you would like to support Becky or just let her know of your prayers, please write her (rbjur317@students.bju.edu); that will be such a blessing to her.

This year, for us, is a year of many uncertainties and decisions. We have had many of our things packed away in boxes for months now while looking for a new house to rent. It has been challenging for Jim to prepare messages with all his books packed away! Some months ago the realtor bought our house. He has offered to let us sign a contract for a year and continue living in this house, although the rent will almost double what we were paying last year. In the next week or so we may be making the decision to do that. Please pray that the Lord would lead us and that next year we may find a more stable solution to this problem. Also, we don’t know who will accompany Jeremy to college in the fall, if we should all go for a furlough, or just what we should do. Please pray the Lord would give us wisdom.

Everyone has been somewhat “shaken” these last weeks by the earth’s trembling. Just yesterday we heard of the catastrophic fires down south in Valparaiso. Friends, pray for Chile. And please pray for us that we would not be “moved” but would continue by God’s grace to show others the peace that Christ gives in healing the breach caused by sin.

Your servants for Christ’s sake in Chile,
Jim, Melody, Jeremy, Joshua, Debbie (and Becky in the U.S.)