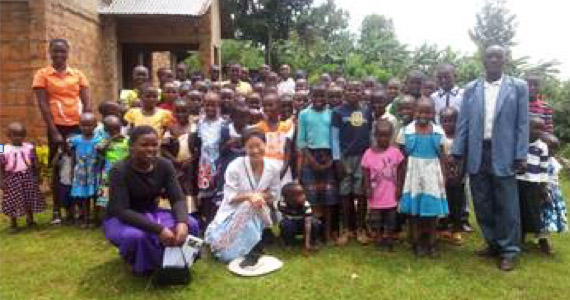 One day I invited my Sunday school teachers for dinner. I was busy preparing food so I asked one of them to go and buy a chicken to prepare stew. When she came back, she came with a fried chicken, but what I needed was a raw chicken. I thought I had communicated my need to her. On another occasion, I happened to send the person to buy mangos (“maembe” in the Swahili language) and she came back with oranges (“machungua” in the Swahili language). She was smiling so much and said that she had been confused. She said “SORRY.” But that’s it! I was the one who spent money yet should find a way to cook with stuff which I had never expected.

Have you ever been in such a situation? What if this kind of thing happens in ministry? Then you may say, “What a communication and what a burden!”

Surely communication is not a simple task. Sometimes it comes as a challenge. Though we may speak the same language, we can experience miscommunication. And there are cases of miscommunication that result from different meanings implied by an expression. Unless one understands the intended meaning of a word or phrase, communication may not be present.

Another problem: What about keeping time? When you invite people for dinner and tell them what time to come, you hear their reply, “Sure, I will come.” They come for dinner but not necessarily on time. You should not complain because they kept their word “I will come.”

Last December, I traveled to Rwanda for a children’s VBS, and made an appointment with the teachers (Rwandese students who would teach the VBS) to meet at 7:00 in the morning to leave for town. On that morning I met only one on time; the rest came late. I found one even taking a bath just then. Arriving at the bus station in town, I found the coach was delayed. I waited another six hours to get into a coach to Rwanda. If I had known how long the coach would delay, I could have been less complaining. Probably they knew about the delay, so no reason to hurry in the morning. Communication seems to improve with more field experience.

When I was in Rwanda for VBS, I encountered a couple of challenges, such as a large number of children, a language barrier, etc. I was physically weak and down. By the way, every dinner was organized by the local church members. I informed them that I would not join them for dinner but would rather rest. One of my VBS teachers came to me saying, “Miss Bai, don’t you know how the church members cook for you, Mzungu (it means European but nowadays they use it for fair skin people)? They expect you to eat their food in their house. So encourage yourself to go and eat there.” The advice helped me know what I should do.

BCEA students remain during the vacation break for their scholarship work. During last December’s vacation, only a few remained. Being a foreigner in this land, I could feel their homesickness, especially during the Christmas season. I invited them to celebrate Christmas at my place. I thought I was preparing well enough. But I heard the words, “No Christmas without ‘chapati’ (a local dish similar to pancakes). We see ‘chapati,’ then we feel we are celebrating Christmas.” Just like many of us, no birthday party is complete without a cake with candles lit on it. It was then that I learned of such an expectation for the Christmas table. Well I am still learning!

In a school setting like our Bible college, people are always on the move because they come to study and leave after their studies. After a year of tuning each other in terms of communication and expectation, by the time we get used to each other, they go back home. Just this year, when I started missing those graduates, I realized that though I am a foreigner in this country, I am the one who remains longer than any Kenyan student in this field of BCEA. This requires me to keep working on communication and expectation with new students over and over.

Daniel was in Babylon as a Jewish captive. He was determined to serve the Lord in the heathen kingdom. He must have faced spiritual challenges as well as challenges like a foreign language, culture, and communication. “And Daniel continued even unto the first year of King Cyrus” (Daniel 1:21).

He was taken to Babylon in the reign of King Nebuchadnezzar. He was still there even in the reign of Cyrus of the Persian Kingdom. He survived long as a competent politician and advisor, regardless of different kingdoms, kings, and systems of thoughts. What was his secret? He was known as a man “in whom is the spirit of holy gods” (Daniel 4:8, 5:11). This captured my attention. He had a testimony of his God and reflected it in his life. This was the way he was.

Lastly, I appreciate your prayers and love in Christ. Please let me request your prayers for my maturity in ministry and for preparation for VBS for children and for a Junior youth camp to be held in April.