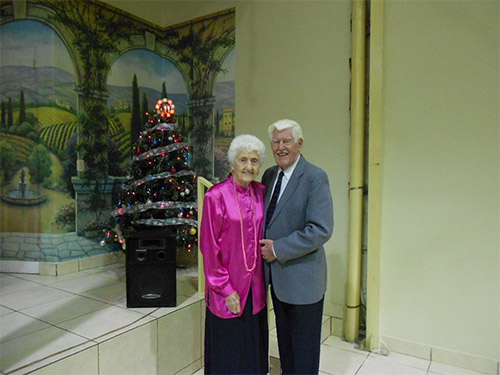 The theme for a missionary conference in Florida where Hal spoke was: “Lift up your eyes, and look on the fields, for they are white already to harvest.” John 4:35. Pastor Fran, at the missionary conference in Florida, asked for a song or “if you couldn’t write a song, write a poem that could be used for a hymn in the hymnbook.” Evelyn wrote a song, and the words are below. This can also be sung to the tune of Great Is Thy Faithfulness (with a few changes).

Look Unto the Fields

His name is Jimmy Morales, a former comedian who made the news almost worldwide because of his former profession. We have to remember that former President Ronald Reagan was an actor, but he turned out to be one of our best Presidents, not like Obama, who was a one-term Senator. Pray for Jimmy Morales by name, for he will take the oath of office January 15th. We now have an interim President in Guatemala; his name is Alejandro Maldonado, who is substituting for the old President, Otto Perez Molina, who resigned because of charges of corruption. His Vice-President Roxana Baldeti, a woman, also resigned because of corruption.Maldonado is President until January 15th when Jimmy Morales will be sworn in. Morales won the second round election with 69% to 31% of Sandra Torres, a woman who was running for President. As President-elect he set a limit on the budget of $69 billion for the whole country. One of his priorities is to designate a team for transition to attend to the financial crisis in Guatemala.

Trinitarian Bible Society of Guatemala and its Ministries

Praise the Lord for the inexpensive evangelistic Bibles, with good white paper and medium size lettering. The price is way, way below cost making it easier for the people to buy or sell Bibles to those who don’t have them, like to their neighbors and friends and to children and young people in the Sunday schools, churches, prisons and hospitals. Thanks to all who have given offerings and donations to subsidize these Bibles and keep the price well below cost. Many Christians in Guatemala like to evangelize by giving out or selling Bibles.

Pray for the literature and tracts that the Trinitarian Bible Society of Guatemala has published. We keep the price below cost, but we have many thousands of tracts to give away free to the churches, pastors and individuals that want to do personal evangelism. Particularly pray for the second edition of 150 booklets on “Biblical Principals of Separation – by John E. Ashbrook” in Spanish. Another important booklet that explains the Critical Text was authored by Nestle and Kurt Aland that most of the new Bibles use as their text to publish faulty and incomplete Bibles. The name of the booklet published by the Trinitarian Bible Society of London in English is “What today’s Christian needs to know about Dr. Kurt Aland – Critical Text,” but we published it in Spanish in Guatemala.According to Aland’s Critical Text many thousands of words are removed from their Bibles.

Pray for more security for the Trinitarian Bible Society and its bookstore that was robbed by well-planned professional shop lifters who took expensive, leather and hard cover Study Bibles. We have made different arrangements of the show cases of the Bibles to make it more difficult for the shop lifters.

Preparation for the Aladic Meeting in Mexico in January 2017

Praise the Lord for the safe trip of Stephen, his wife and two boys, to the Veracruz area of Mexico.They looked for churches, convention centers, and hotels as possible places to hold the ALADIC (Latin American Alliances of Christian Churches) meeting in 2017.Pray for wisdom for the right place as the Lord leads. In January Stephen and Hal plan to take another trip, by car, to attend the Bible Presbyterian Presbytery of Mexico. Last January, they formed a new CIEF of Mexico; pray for the members of Presbytery to make good contacts with other Fundamental Evangelical Churches to defend the Faith.

We have gathered many articles, with the Lord’s help, to publish in our news bulletin to help the Christians in Guatemala and other places to know the truth of what’s going on in ecclesiastical circles. Most of the churches and pastors in Guatemala take the position of New Evangelicalism, even if they don’t know what it is. As you know, Harold Ockenga, the father of the New Evangelism, denied and rejected the scriptural principle of separation from apostasy and unbelief. He believed you could have dialogue with the theological liberals and modernists and not take a strict line of separation from the apostates. We hope to have our bulletin published around the middle of November. Pray for results and to make new contacts and that it will have an impact on the Christians to defend the Faith.

Celebration of Reformation Sunday the 1st of November

Originally CIEF-Guatemala had it planned for the 25th of October and it was confirmed, but because of the second round Presidential Elections, it was changed to 1st of November. It was wonderful how the Lord had the preacher, the quartet, and the pianist soloist able to make the change to the new date.

There was a lot of hard work put in for the preparation of the celebration of Reformation Sunday. We had correspondence with the pastors of CIEF and many letters were sent out inviting different churches. Posters and flyers were put in bookstores, churches and to designated pastors. We made three trips into the central city to take care of all these things. There were radio announcements as well and the Lord honored these efforts to do His will. Praise the Lord; we had the largest crowd in 40 years of celebrations, and the most blessings through the music of a quartet and pianist soloist and for the preacher who gave a tremendous message on the doctrines and music on the 16th Century Protestant Reformation. A group of 13 came with Pastor Virgilio Barillas from our sister church in Mazatenango.Lunch was served to them as well as to others from our two churches that didn’t go home for dinner after the morning service. The service was long, but some said they had a very pleasant spiritual Sunday afternoon hearing about the 16th Century Protestant Reformation. Refreshments were served after the meeting. Thank you for your prayers that this event was so blessed.

Plans for Future Events in November and December

Pray for the results and salvation of children and young people at our two Vacation Bible Schools that will be held the 16th through the 21st of November at the Montserrat Church and at the Los Angeles Church from the 23rd to 27th. Pray for the Christian calendar distribution with tracts at our two churches, and that will also go to four or five villages up in the hills beyond the Los Angeles Church. Pray for the Christmas programs at two churches. Pray for the Christmas party for the pastors and wives of CIEF-Guatemala on the Saturday before Christmas. Pray that the pastors will be energized by the Lord in the defense of the Faith. Pray for the United Prayer services of CIEF-Guatemala on Wednesday the 30th of December to pray for the new President-elect Jimmy Morales, his team of the government and that the new cabinet members will be effective in their respective departments. Prayers will be made for justice in Guatemala and that the Lord will lead the judges to make the right and just decisions. The leading newspaper mentioned that we need just and honorable members of the hundred member congress.

“He giveth power to the faint, and to them that have no might he increaseth strength. V.31, But they that WAIT upon the Lord shall renew their strength, they shall mount up with wings as eagles, they shall run, and not be weary; and they shall walk and not faint.” Praise the Lord!

Pray for your missionaries serving in Guatemala,
Hal and Evelyn Ricker

P.S. from the Executive Director: I need to explain that that the monthly shortage in the Ricker’s support is partially due to the increase in healthcare costs for the couple. Similar to what everyone else is experiencing, we felt it best to present it as a matter of prayerful consideration. Thank you for your faithful gifts and prayerfully weighing what can be done additionally.