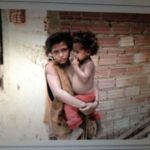 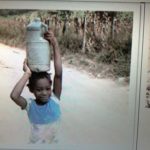 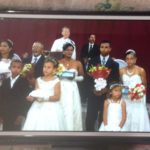 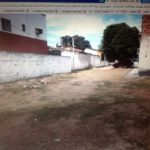 “In his heart a man plans his course, but the LORD determine his steps” Proverbs 16:9

Greetings in the precious Name of our Lord Jesus Christ. May the Lord bless you for all your prayers and support as we labor here in Brazil. Since our last letter we have been very busy traveling through Brazil. But, by the grace of God and through your continued prayers and concern, we were able to carry on serving Him and the Brazilian brethren for 21 years. Now, we are pleased to write and share with you our recent works over the past few months.

The building of the Bethesda Illiterate School in the village of Cambirimba was inaugurated on December 11, 2016 (pictured above). This region is located in the Sertão area in the North Brazil. Sertão means “outback” or backcountry because it receives rain only three months out of the year (May, June and July). During the rest of the time there are very few green plants or trees, only the cactus, which make it look like parts of the American west. Also, there is no agriculture normally, and therefore residents take only one meal a day with a soup of the white beans and corn. A large majority of men are sleeping all day at home, poisoned with alcohol and narcotics because they have no hope in life and the future. These are also uneducated as they never went to school to study. They didn’t have a will to study and there was no school in the village. Out of these circumstances, the Lord led us to build a school for the illiterates who are living around the village of Cambirimba. When classes start, they begin with prayer first, and then study the lessons of the Portuguese alphabet. We believe that in time, they will be able to read the Bible and understand about the Saviour Jesus Christ and how to obtain salvation, Amen.

A Well at the Illiterate School

As we said above, this area is lacking water, especially drinking water. So the people send their sons to walk more than two kilometers to draw water from a stream while the mothers are working in the corn fields. They get rainwater from the roof into water tanks, to use for everything except drinking. So, we contracted someone to drill a well 40 meters deep. The finished well is now for the residents who are living around the school so they can drink clean water.

Rev. Kim presided over the wedding ceremony (above right) for the four newly-baptized couples, on the same day of the inauguration of the Bethesda Illiterate School. They have been living together for a long time, yet without a wedding ceremony. They are parents of children in the Bethesda Nursery and were evangelized through their children attending the Nursery. These couples could not have a wedding ceremony earlier, because they did not even have money to pay a registration fee in the notary public office.

We have started one more Brazil Fundamental Presbyterian Seminary in the city of Cabo, Northeast Brazil. The seminary classes began at the Cabo Fundamental Presbyterian Church, but the number of students increased rapidly; the church could not house all the students. So they need a seminary building to accommodate all the students. We thank God, the Cabo church donated land (pictured right) for a building (next to the church). Current projection for the building completion is about US$55,000.00. Pray for this please.